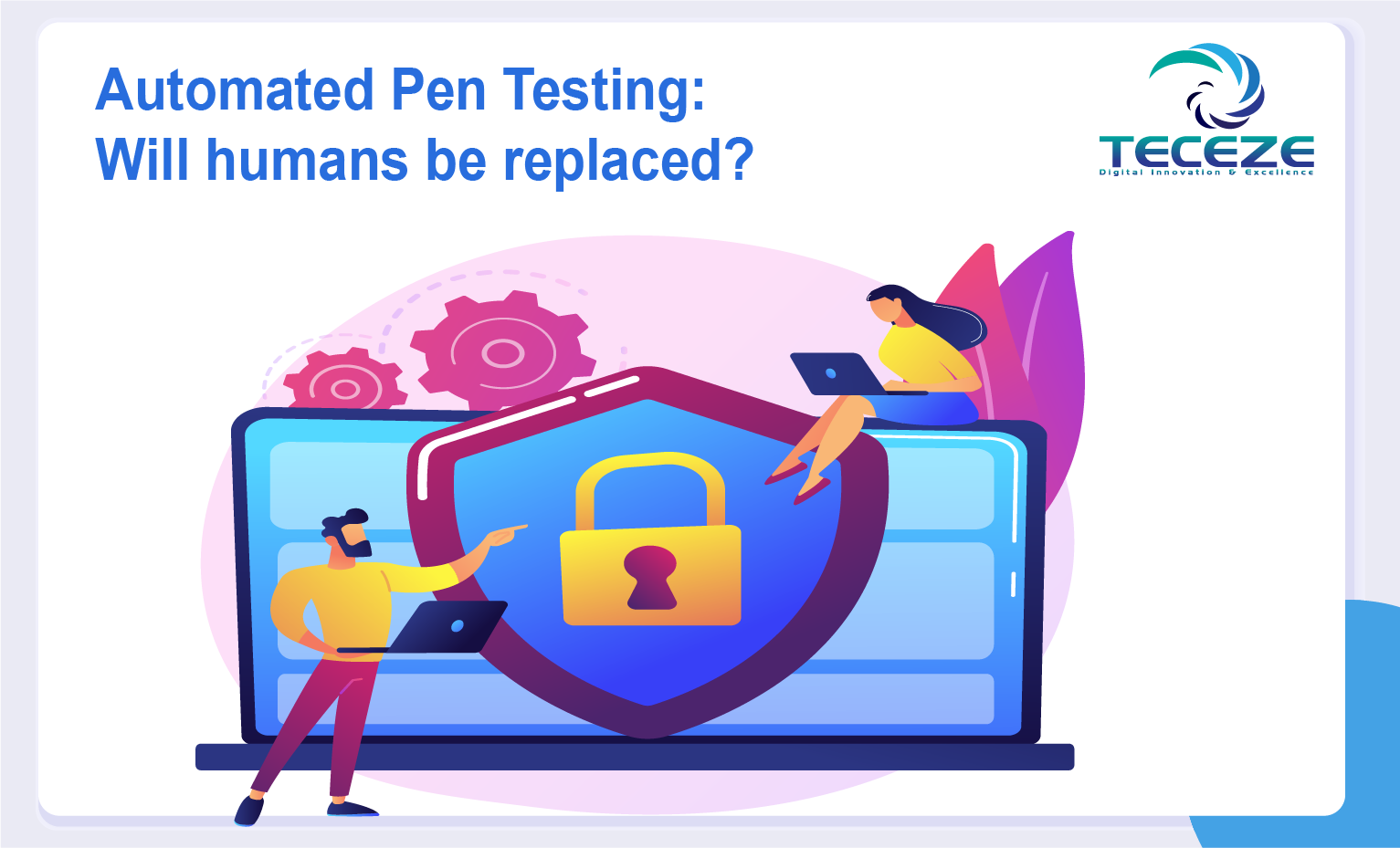 The prospect of, and even the danger of, computers and machines taking over the day-to-day work that humans once performed is also illustrated by science fiction books, TV shows, and movies. Although in some cases this has come to fruition, such as with many manufacturing jobs now being done by highly advanced robots, more often than not, these technologies and developments serve as tools to develop, not replace, human abilities. In the cybersecurity environment, this is the case, especially when it comes to penetration tests. Read on to learn about the myths related to penetration tests, as to why the human component will always be needed, and how tools can be an invaluable resource for pen testers.

How do automated tools for penetration testing work?

We need to understand how they function, and, crucially, what they can't do, in order to answer this question. The big caveat here is that these automation tools improve at a phenomenal pace, so it might already be out of date depending on when you get to read this.

First of all, either an agent or a VM conducts the "delivery" of the pen test, which essentially simulates the laptop of the pen tester and/or attack proxy plugging into your network. So far, so regular. By performing scans, the pen-testing bot would evaluate and recognize its environment – so where you often have human pen testers perform a vulnerability scan with their tool of choice or just a ports and services sweep. They will filter through what they have found until they have identified where they fit in the world, and this is where their similarities to vulnerability scanners end.

Vulnerability scanners simply list a collection of vulnerabilities and possible vulnerabilities that have been identified without any context to their exploitability and will simply regurgitate CVE references and CVSS ratings. They will often paste "proof" that the system is vulnerable, but that false positives do not cater well.

It will spread itself across the network once it achieves a foothold, mimicking the way a pen tester or intruder might do, but the main difference being that it actually installs on the compromised computer a version of its own agent and starts pivoting from there.

It then begins the process from scratch again, but this time it will also ensure that the computer it has landed on is forensically inspected to give it more ammo to continue its journey across your network. If possible, this is where it dumps password hashes or searches for hardcoded passwords or SSH keys. For the next round of its expansion, it will then add these to its repertoire. So, while the scan/exploit/pivot could have just been replicated before, this time it will attempt a pass-the-hash attack or attempt to link to an SSH port using the key that it just pilfered. Then, from here and so on and so forth, it pivots again.

You're completely correct if you find a lot of parallels to how a human pen tester behaves: a lot of this is exactly how pen testers who simulate the attackers’ footprints. The toolsets are similar, and in many respects the methods and vectors used to pivot are identical.

Advantages of an Automated Pen Testing

Automation offers a few advantages over the technique of aged pen-testing (and the equally chaotic crowdsourced methodology).

Second, the speed of taking a look and reporting is faster for magnitudes, and the stories are surprisingly readable. (I have checked that they will go to the various PCI-DSS pen-testing needs after talking with some Certified Safety Assessors.) No extra days or even weeks ready for a report drawn up by human fingers and some QA rounds earlier than it is delivered to your fingers.

Right now, this is one of the biggest drawbacks of the human pen test. Steady supply ensures that many tales are old-fashioned before they are delivered. Take a look at the environment which has been up-to-date a number of times, thus creates new possible bugs and misconfigurations. That is why traditional pen testing at a time limit is regarded as a snapshot of your security posture.

By running tests every day, twice a day, or on each shift, and producing a report almost immediately, automated pen-testing tools get around this restriction. This ensures that you will be able to take a look at your infrastructure and spot configuration changes that are likely to be exploitable every day, rather than counting on a report delivered weeks later.

The second advantage of automation is the entry-level. While you could send a selected entry-level to your group to a human pen tester, an automated tool will run the same pen test to look at a variety of occasions from an entirely different entry factors to uncover susceptible vectors and monitor varied entry-level impression eventualities. Although, this is technically possible for an individual, it will require enormous funds to pay for a unique look at each time.

Disadvantages of an Automated Pen Testing

Automated tools for pen-testing do have their own disadvantages. They do not understand the internet uses in any way. While one thing will be identified on the degree of ports/companies such as an online server, they will not perceive that you have a vulnerable direct object reference (IDOR) weakness in your internal API or a server-side request forgery (SSRF) on an internal web page {that a} human pen tester may use. This is because the Internet stack is complex right now, and even professional scanners (such as internet software scanners) have a difficult time identifying bugs that are not low-hanging fruit (corresponding to XSS or SQLi).

How to select an organization for Automated Penetration Testing?

First and foremost, your overall priorities and goals need to be clearly defined. In view of the business method, regulatory requirements and thoughtful risk acceptance, some organizations may actively renounce performing routine penetration testing. However, such exceptions are actively disappearing amid mushrooming data security laws and requirements of external stakeholders that demand compulsory manual penetration testing to improve and increase automated scanning of vulnerabilities.

Thus, a human-driven penetration test is possibly the perfect fit for you if your primary aim is to find all potential security vulnerabilities, bugs and misconfigurations. Similarly, if an existing law or data protection rule, security system or internal policy explicitly allows security experts to perform penetration testing, you would be better off complying with it. Otherwise, not to be confused with automated vulnerability scanners, you can well achieve your goals with an efficiently automated penetration test.

Finally, pricing is a critical element of the automated penetration test for scrutiny. Automated penetration testing should not be equated to automated vulnerability scanning, as detailed above. Therefore, it's probably the case if anyone gives you a deal that's too good to be true. Smart automation can greatly reduce human costs, but the creation of the underlying technology stack, on the other hand, is a time-consuming and costly operation. For example, for training purposes, a Machine Learning technology needs a colossal amount of properly organized data and can literally not be acquired for pennies.

Importantly, certain human-generated data can only be worth millions to obtain, making automation of penetration testing a premium-price market. As a result, pricing below $300 per PenTest is likely to be a red flag that means you are going to get a vulnerability scan rather than a penetration test.

Automated penetration testing provides a great benefit to small businesses, firms exempted from strict regulatory criteria, as well as large companies looking to minimize their costs fairly while ensuring a reasonable standard of testing that is not business-critical for their applications. 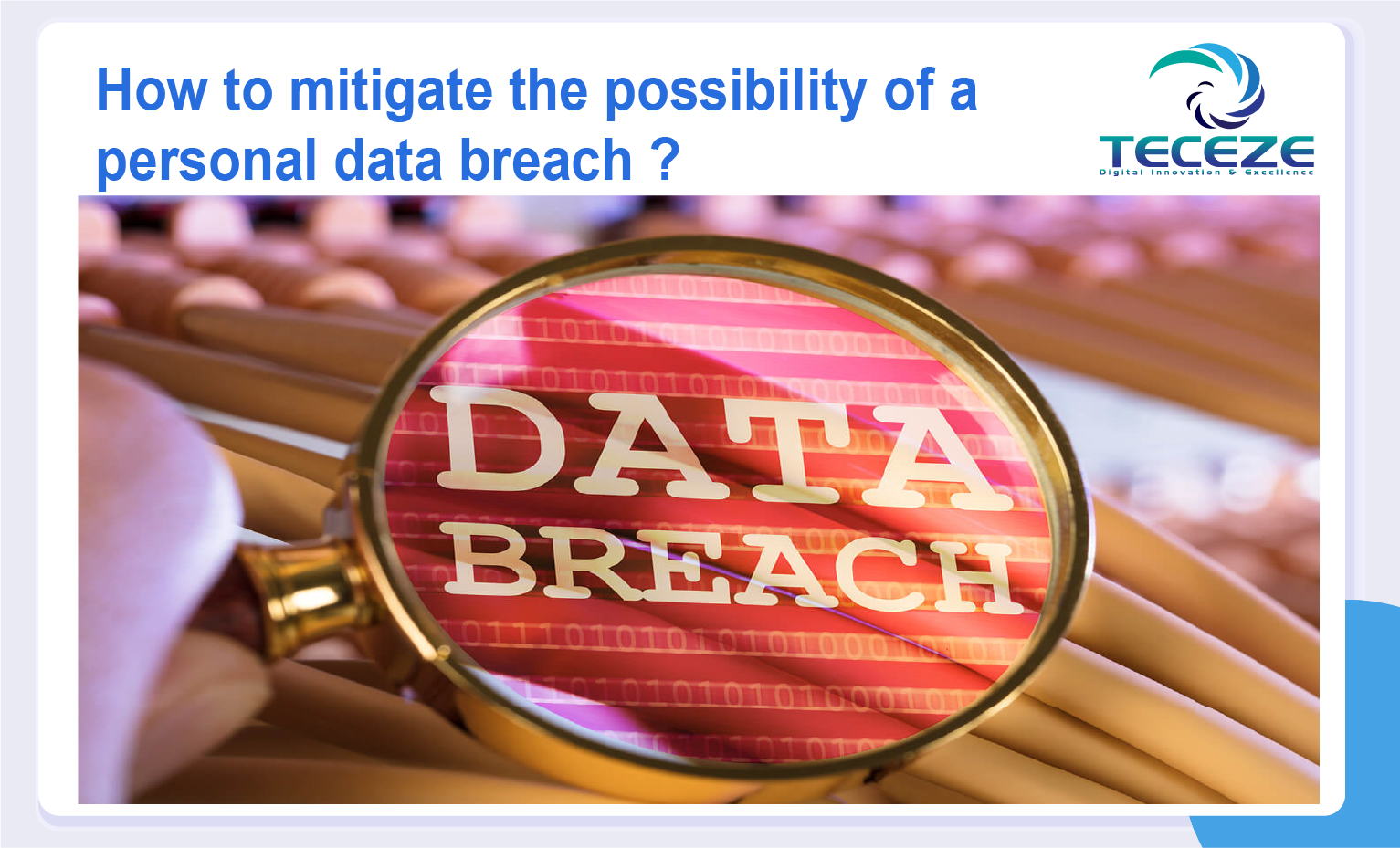 How to mitigate the possibility of a personal data breach?

For companies of all sizes, holding customer data is becoming an increasingly dangerous obligation. Organizations need to take the necessary steps to protect ... 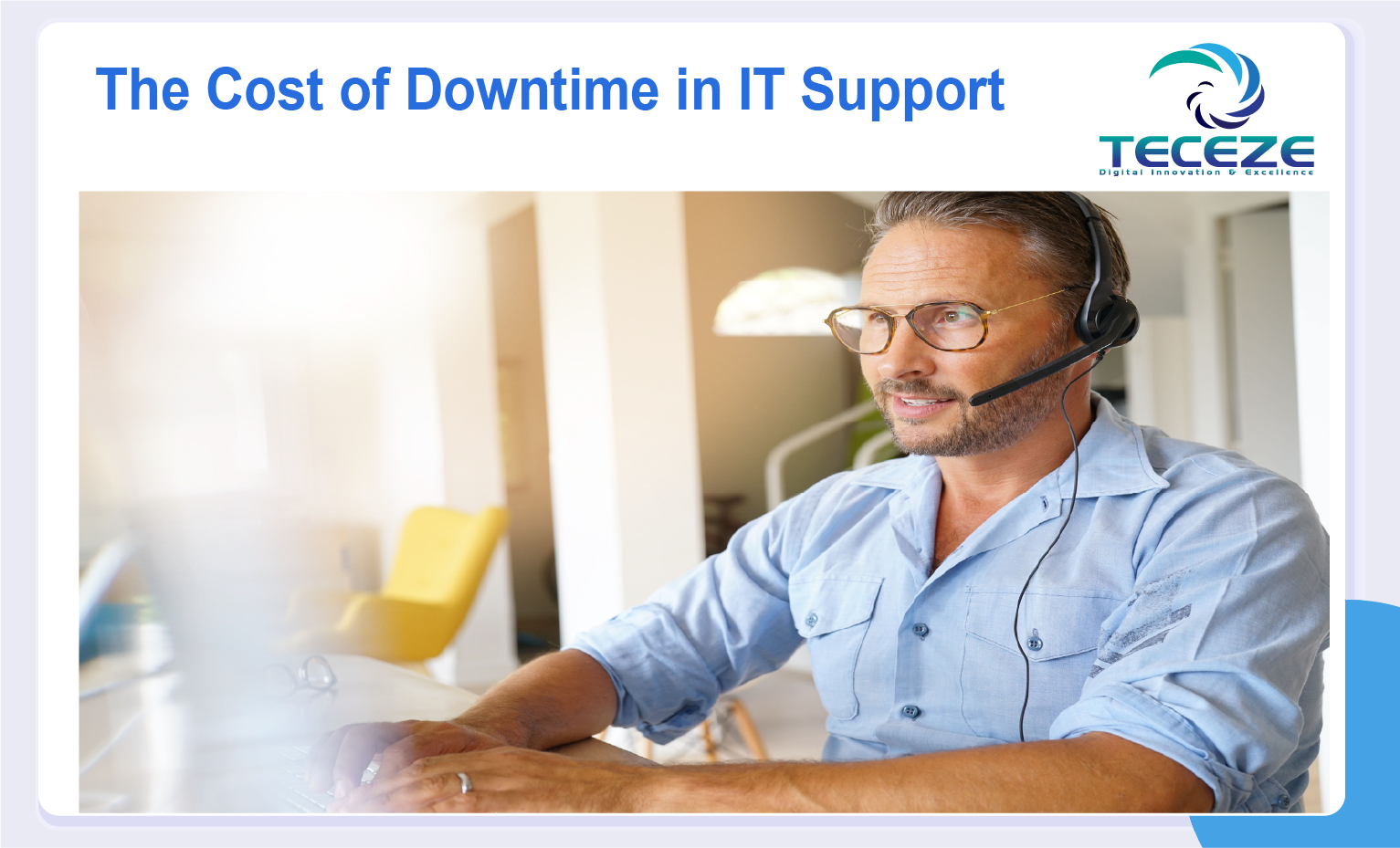 The Cost of Downtime in IT Support

In certain industries, IT downtime is so widespread that it is recognized as a natural part of daily life by individuals. Employees learn to deal with it or give the IT support team several requests, rather than addressing issues once. 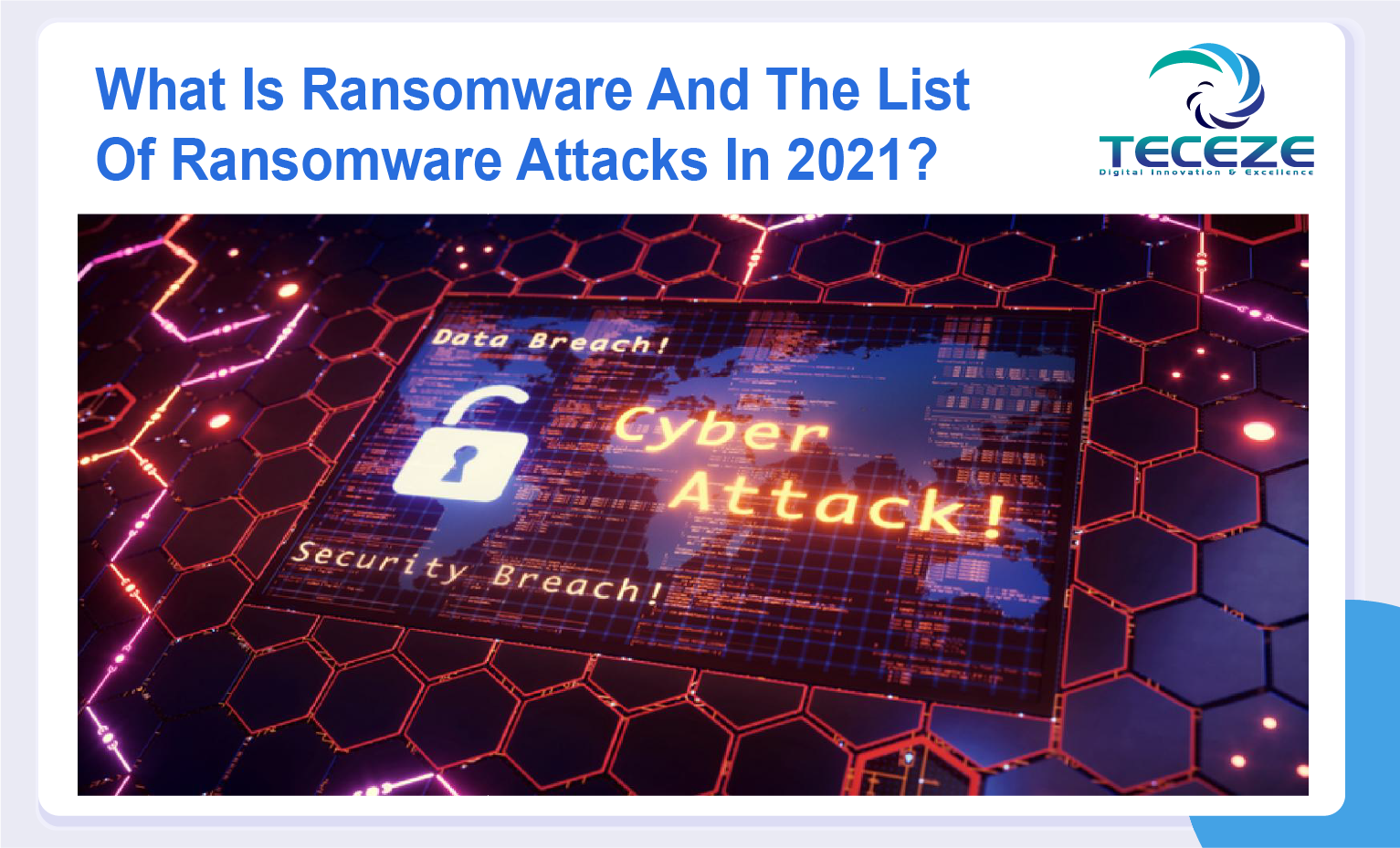 Ransomware is a type of malicious software threaten to blocks access to data or a computer system, usually by encrypting it until the victim pays a ransom fee to the attacker. 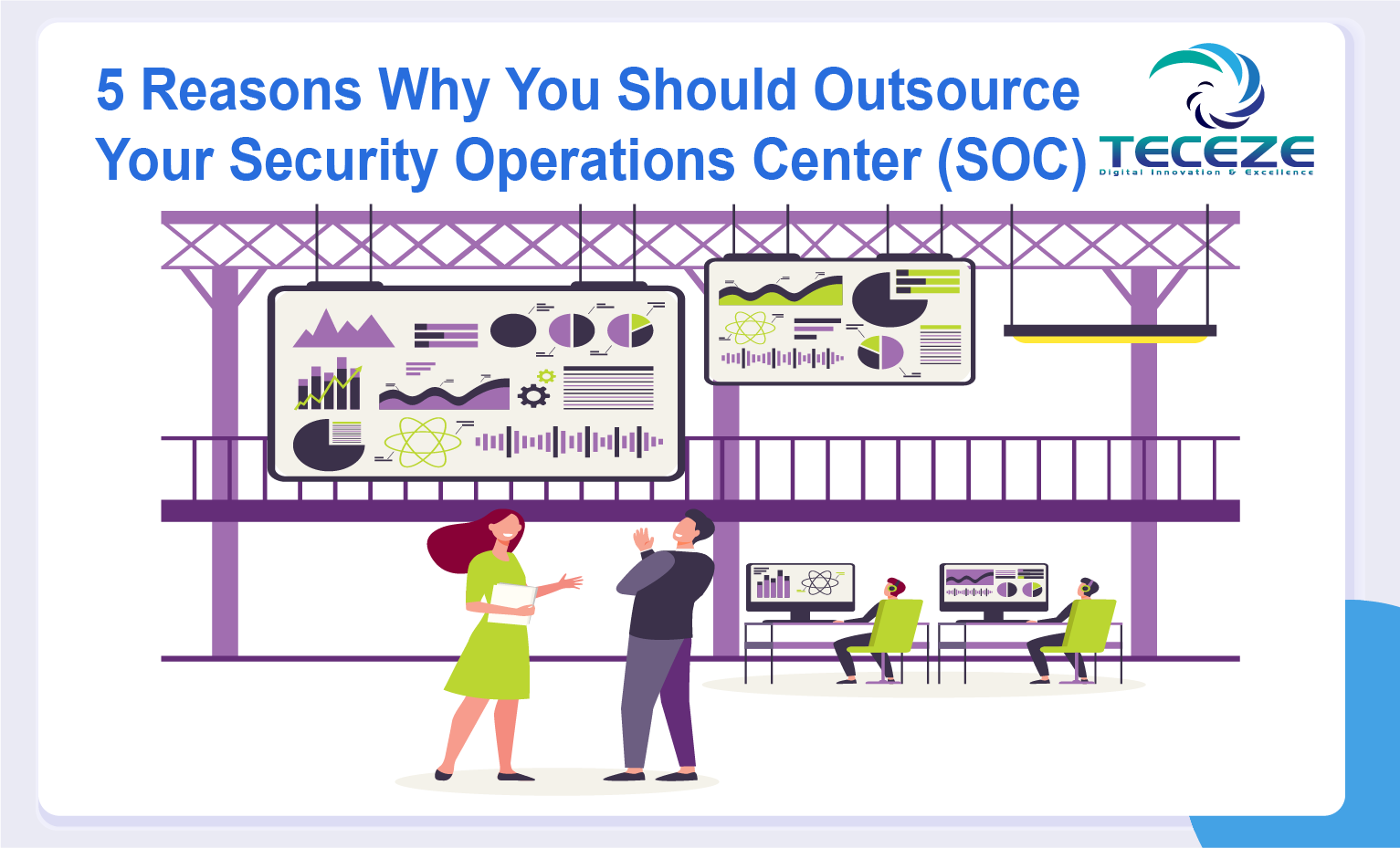 5 Reasons Why You Should Outsource Your Security Operations Center (SOC)

The devices are rarely the problem; having a team of skilled analysts, scientists, researchers, and engineers who know how to operate and optimize. 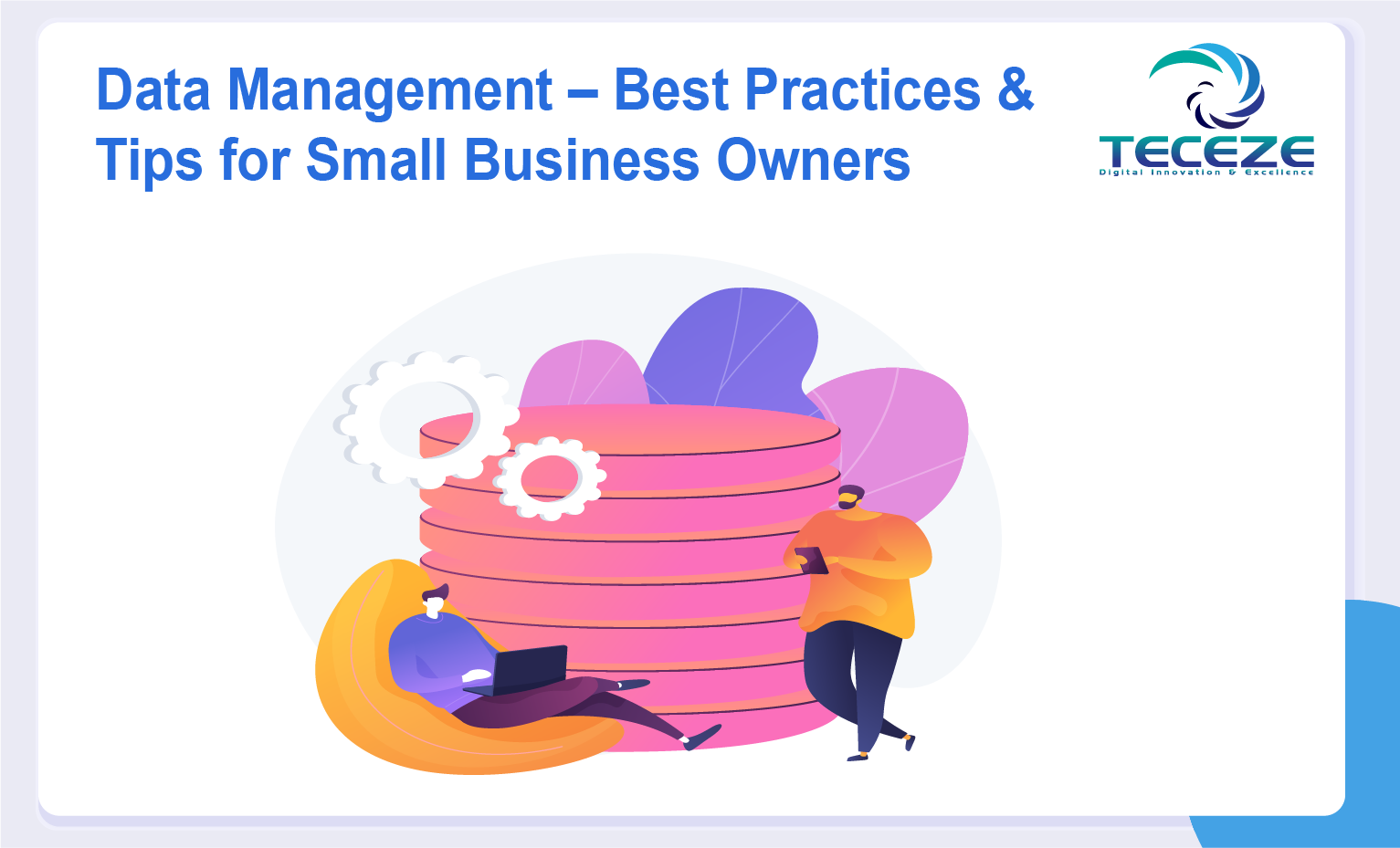 For modern organizations of any size, data is the greatest asset, and data management is essential to running organizations smoothly.